TechCrunch and the Promise of the Greater Bay Area

On the 19th and 20th November 2018, TechCrunch welcomed thousands of the world’s innovators to Shenzhen. TechCrunch China is fast becoming a date to mark in the tech calendar, bridging technology and innovation between China and the rest of the world.

Firstly, let’s begin with some facts that will blow your mind:

At the root of it is an infrastructural debut of a 55-kilometre bridge worth $20 billion that connects these places for the very first time. Its overall ambition is simple; to foster collaboration by connecting these economies and creating a single digital market.

The GBA is rivalled only by the Tokyo Bay Area, which takes in $1.8 trillion and houses a population of 43.84 million. However, once the ambitious infrastructural and innovation plans come to fruition, there may not be much competition.

GBA is particularly strong when it comes to manufacturing, finance and emerging technologies. However, each region has their own unique specialisations that they bring to this connection. Dongguan, Guangzhou, Foshan and Shenzhen have for a long time excelled in manufacturing. Macau is a tourism hotspot, known for its palatial resorts and casinos. Hong Kong’s international preeminence will bring with it a dominance in finance, transportation and trade.

The message from Beijing is crystal clear – the aim is for GBA to become an innovation epicentre. The Hong Kong Shenzhen region has seen the development of the Lok Ma Chau Loop into the HK-Shenzhen Innovation and Technology Park on the border of the two cities. Boasting 350 hectares of dedicated space for start-ups, technology companies, higher education institutions and other innovation groups, this “park” is a $20 billion endeavour. Similarly, $10 billion have been invested in research into healthcare, AI and robotics. As I mentioned, already in residence are corporate heavyweights Huawei and DJI. In fact, Tencent Holdings is also a significant presence in the area, as Tencent’s Pony Ma is working with the Chinese government to facilitate free movement between Macau, Hong Kong and Guangdong, marking a concerted effort by companies and government to increase innovation in the GBA.

Any goal this ambitious would come with a wide range of challenges. Firstly, despite this aim for collaboration, there has in the past been a natural tendency for cities in China to compete with each other, rather than cooperate. The extent of collaboration required for a single market would require a significant cultural shift. Secondly, integrating Hong Kong into this endeavour, despite it being a free port with its own autonomous regime, has raised some eyebrows. Finally, as is always the case with a thriving technological hub, talent is scarce. There is a shortage of undergraduate students with necessary training in advanced mathematics and engineering.

That talent gap is precisely why GetLinks attended Shenzhen at TechCrunch – We are here to help fill it – for the promise of the GBA truly lies in digital transformation and the impact that can have on a global stage.

Naima Camara is a policy and research coordinator for an innovation centre in London. She specialises in writing about advanced digital technology trends around blockchain, immersive artificial intelligence and how these technologies revolutionise the economy.

You may also like Naima’s article ‘Welcome to the Asian Century: Adapting to a Shifting Global Landscape’ Tips on How To Pitch Yourself to Get Your Dream Job 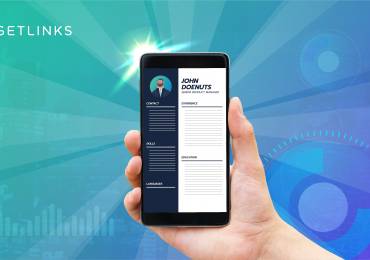 How to Create your GetLinks Profile