Top Programming Languages to Learn in 2019

The world needs coders more than ever before.

We work with coders, we write code, we stare at our code days and nights. We’ve helped hundreds of developers find better jobs, join great teams and expand their network.

There are thousands of coding languages in existence, so deciding which one to master can be a tough task. But there are some trusted ones that developers turn to again and again. By studying the tech industry, we can see important trends and signals to help you choose the right programming language to learn. So, what’s the most popular programming language? The highest paid? The most in demand?

This article is here to help you navigate the market and maybe find a shortcut to your dream job.

Go is simple, powerful, and popular. And what’s even more important, Go is the highest paid programming skill in 2019.   Go started when coders at Google wrote a “wishlist” of things they’d like to see in their ideal programming language. They wanted it to be easy and compile fast. The outcome was Go, and once you’ve started using it, you’ll see how well it meets their expectations.

The most used coding language:

Want to earn a decent wage and boost your chances of getting a job as a developer in 2019? Learn Java! Java is over 20 years old and it’s used by millions of developers on billions of devices worldwide.

It’s the most popular language when it comes to Android app development, and Fortune 500 companies use Java as a server-side language for backend development. Struggling with code? Another great thing about it is the online community of fellow Java coders.

The demand for Java developers is as high as it has ever been. If you are fluent in Java, you will never be out of work.

The most popular language:

JavaScript is quite literally everywhere.

According to GetLinks Salary Report, Javascript it is the most popular language among developers.

It has become an essential web technology along with HTML and CSS. It’s used to build offline apps, desktop apps, native apps, and it runs on IoT devices. Several front-end frameworks for JavaScript such as React and AngularJS have huge future potential, so it’s safe to say that JavaScript won’t drop in popularity anytime soon.

With an average starting salary of $58k a year, JavaScript development isn’t just a job, it’s a career.

If you want to get into the world of app development or simply see yourself coding great websites, Java is your best bet.

Still not sure where to start?

We know how overwhelming it gets sometimes. Here are  7 online e-learning platforms to boost your resume!

Best language to start with:

Big corporations and small teams are always looking for Python developers. Thinking of becoming a coder? Then you should definitely consider learning Python!

If you are trying to get into AR, VR and all this futuristic looking cool stuff, C# is your go-to language.

Any aspiring video game developer would do well with C#.

The tech market is changing so rapidly and we need to constantly adapt and upskill to catch up with the change. Skills that are in demand today might not be sought after tomorrow. The right language for you will depend on your skills, career expectations, and commitment to becoming a programmer.

Here’s an up to date summary of hot industries and most in-demand jobs.

Find out what’s hot in your region!

About the Author: Nat Poltavets

Nat is passionate about everything digital. She writes about tech trends, lifelong learning, and emotional intelligence. She enjoys guacamole, as should all right-thinking people, and she knows how to open a PDF. 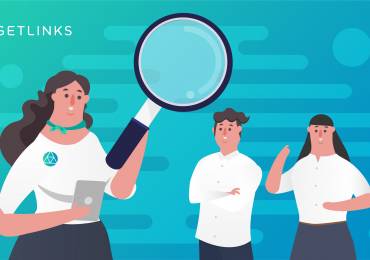