Lam is an international businessman and seasoned marketer, with over 10 years of cross-border marketing experience in Ghana, America, Vietnam, Ireland and Thailand.

During his MBA in Korea, Lam met a fellow exchange student from Ghana. It was there he began his first business venture, supplying Ghanaian shea butter to global cosmetic company LUSH. He went on to become Head of Marketing at nhommua.com, where he built the team from scratch, helping raise over USD60m. Today Lam is the CEO and Co-Founder of Wisepass, a lifestyle subscription service, building an experience economy.

1.Describe yourself in 3 words.

2. What did you study at university? Why?

Masters Degree in Leadership & Strategy. When I was an interning at a media company in New York, I quickly rose to the ranks of Manager due to rapid expansion. The first thing I did when I became Manager was promote my girlfriend at the time. In hindsight, this was a huge mistake. I decided to undergo a Masters to improve both my managerial skills, and improve myself.

Emmanuel Macron. He single-handedly blew up the French political system. Macron has managed to achieve so much, even before becoming President at age 39.

4. What is the one skill you wish you had?

I’d like to be able to think in lightning speed, and be able to process things in parallel; the ability to process 25 different things at the same time.

5. Would you rather spend the next 10 years in China or America?

China. China has reached a level where innovation starts to spark. Of course the U.S. has Google, Facebook etc. But you wouldn’t think that in 2017, people from Silicon Valley would begin actively replicating technology from China. Not too long ago, it was the other way around.

About Humans of Technology

Want to featured? Get in touch at [email protected] 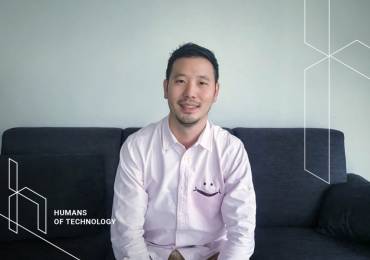