What is a Technology Stack?

To put it simply, it is a combination of various technologies such as programming languages, servers, and software that work together to build up a web or mobile application. Understanding your technology stack is important for the success of your product performance and quality, as each tool combined can provide a unique advantage to your application.

To be able to choose a technology stack, you should understand that there are two main components to a website or an application, the front-end and the back-end.

Also referred to as the client-side, includes the technologies needed to power the user experience of the application, from the graphical user interface to the command line. A front end developer or engineer job is to turn mockups produced by UX/UI designers into functional prototypes.

We’d be remiss if we did not mention that UX/UI Design are part of the front end development.

UX or “User Experience”, is the path that the user takes and all interactions between the user and the product. A UX designer ensures that the steps a user needs to take flows logically, focusing on the product usability and ease of use.

UI or “User interface”, is the layout and space where the digital interactions between human and machine occurs. A UI designer is particular with the concept and visual elements of the product.

In terms of skills, tools such as Adobe Photoshop, Sketch, Figma or Balsamiq are used. Many front-end developers have UX and UI skills, but many companies do specifically hire UX/UI designers who are not required to have a programming background. However, companies often simply use the term “designers” and want a person who can do all the above. To look for the right person, it is best that companies describe the expectations of the designer and choose a title that is most closely related to their primary task.

Also known as the server-side, includes everything that communicates between the database and the browser. It powers the front end. A back end developer or engineer’s job would be to turn functional prototypes into a scalable system

Common technologies used in the back-end include:

While each project is unique, it is sometimes good to know what technological stack is used by similar services. Take a look at the tech stacks of two widely known apps, Shopify and Instagram.

The most important thing in constructing a tech stack is to have a clear understanding of the project and its expectations. When building a tech stack, here are a few things to consider:

The point is, choosing the right tech stack starts with a great product and a talented team of skilled developers. Make sure you’re getting tech hiring right with our 4 tips in our Get the Right Hire by Getting Tech Hiring Right blog post.

Looking for that top-notch developer? We have just the solution for you. Hire the right tech talents fast with GetLinks Marketplace.

Tips during recruitment process: How to negotiate for the salary you want! 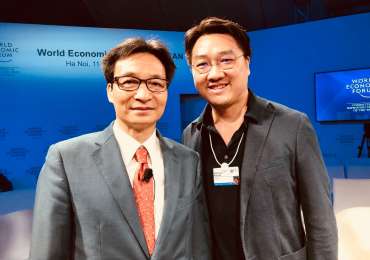 GetLinks: Responding to WEF and the Human Capital Crisis