If you think coding if what coders do best, you clearly don’t know how great they are at procrastination. Need a break? Lost your inspiration? Here are top 10 movies and shows to get you coding again.

Ever heard of Facebook? That’s right, it’s a movie about the creation and early evolution of the famous social media platform. It’s not easy to make programming fun to watch on screen but they pulled it off this movie.

American comedy series about a small team of developers struggling to figure out their strategy, build their product, and raise money. Absolutely hilarious and highly relatable.

A documentary about programming genius, information activist  Aaron Swartz, who believed that public-interest databases should be freely available to all. Tim Berners‑Lee, the inventor of the World Wide Web himself is starring in this movie. It is a critically acclaimed thriller and an eye-opener for many programmers.

Not your typical hacker show.The series about a cybersecurity engineer and hacker who has social anxiety disorder and clinical depression. It gets darker with time, but definitely portraits hackers differently. Mr Robot is dark, fun, and it definitely includes realistic aspects of programming.

Pirates of Silicon Valley is a biography about the men who made the tech what it is today, and the rivalry between Apple and Microsoft. It’s an old movie but a must-watch if you work in technology, have a startup idea or simply thinking of getting into tech.

Sometimes we can’t do what feels good; we have to do what is logical – Alan Turing

A great movie about Alan Turing, the main pillar behind the very existence of computers and programming for that matter. It shows the invention of the world’s first computer in detail.

If you don’t want to think about being locked in a dystopian web of your own data, don’t watch this new Netflix documentary. It generated a lot of buzz when it came out and a lot of expert found it one-sided. However, it’s still worth watching if you are interested in data regulation and digital rights.

Tells the story of the famous programmer Edward Snowden, a traitor to some, a hero to others.  A touching biography of the former NSA employee who leaked classified information about the famous spy program.

TPB AFK – The Pirate Bay Away From Keyboard

Have you ever used the Pirate Bay? Or of one of it’s mirror websites? TPB AFK is a documentary about the lives of the three founders of The Pirate Bay, one the world’s largest file-sharing site, and certainly the most famous one.

“The best thing about “Steve Jobs,” the thing that makes it work as both tribute and critique, is how messy it is” – New York Times. There are several movies out there about Steve Jobs, and this one focuses on his personality the most.

That’s it, folks! There are definitely many more movies and shows about coders and hackers out there. Did we miss your favorite? Let us know!

About the Author: Nat Poltavets

Nat is passionate about everything digital. She writes about tech trends, lifelong learning, and emotional intelligence. She enjoys guacamole, as should all right-thinking people, and she knows how to open a PDF. 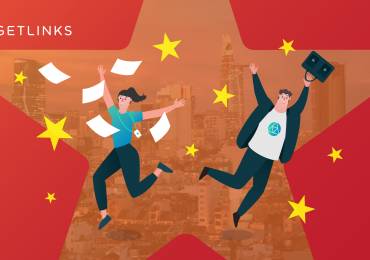