Just five years ago, venture capitalist and founder of Cowboy Ventures, Aileen Lee unleashed the word unicorn into the tech stratosphere for the first time, not to describe a mythical creature might I add, but for the 39 private companies valued at $1 billion or over at the time. Since then, 311 of these companies have emerged and more pop up month after month. With a total of 113 unicorns, Asia holds a third of the world’s private unicorn companies. China holds the most, accounting for 75% of the continent’s unicorns, India comes in at second, followed by South Korea, Singapore, Japan and Indonesia.

Since 2012, more than $105 billion has been invested across over 5,000 deals into Asian tech companies. Dollars continue to flood into Asia’s tech landscape as the number of $50M+ financings to VC-backed Asia tech companies rose to 39% on a quarterly basis in the first quarter of 2017. Typically, funding rounds go like this; pre-seed to get operations off the ground, seed signifies the first equity funding stage to move passed the minimum viable product stage (MVP), Series A serves to optimise the product offering, while Series B is a bid to develop the business further and Series C and onwards are for very successful businesses looking to expand into new markets or products. From Series C onwards, a company could be getting close to unicorn status.

Once you zoom in on the unicorns in Asia, one thing becomes abundantly clear, on-demand, user-centric services and products are most popular.

Enter ride-hailing; a phenomenon which completely disrupted the way we move from point A to point B, whereby we can’t remember what we did before. It is particularly lucrative in Asia and companies in this industry do not restrict the products and services they offer. Jakarta-headquartered, Go-Jek reached Series E in February and has raised a total of $3.3 billion in funding over a total of seven rounds! Starting out as a ride-hailing service, Go-Jek then quickly expanded its portfolio to meal deliveries, over-the-counter medicine and massages. In 2018, not only did Go-Jek announced its entry into Singapore, Thailand, Vietnam and the Philippines, but it also cemented its arrival into FinTech. Go-Pay was launched to facilitate cashless payments for all of its services offered through the app, allowing consumers to accumulate Go-points that can be exchanged for future services. After Uber gave up the fight in this region, a rivalry has flourished between Go-Jek and Singapore-based, Grab. Grab obtained $2 billion in new capital this year, adding to a grand total of $6.6 billion in funding over 18 rounds to move into more on-demand services. Not dissimilar to its Indonesian counterpart, Grab offers an e-wallet function called GrabPay, but Grab is also creating super apps and targeting Indonesia as its main new market. In China, Didi Chuxing is the leading ride-hailing unicorn, which after offering a full range of commuting options to 400 cities in China, has most recently expanded into artificial intelligence. Interestingly, Didi is also investing and acquiring companies outside of Asia, by investing Brazil-based urban transport app, 99. Once a unicorn has developed a suite of services and products to gain a loyal clientele, reinvesting that money helps the feed the unicorn pot.

E-commerce is also a popular avenue for a unicorn to take. Singapore-based Lazada is interesting to observe, as the company held strong in a face-off against Amazon and has racked up a grand total of $4.2 billion over 9 rounds. Chinese multinational conglomerate, Alibaba Holding Group led the latest round in March 2018 and now holds an 83% stake in the company. Similarly, Bukalapak is another e-commerce company to have recently joined the unicorn club in Indonesia. Backed by 500 Startups, GREE Ventures and QueensBridge Venture partners, Bukalapak aims to create a more unique marketplace experience.

Beyond the trend towards on-demand products and services, there are several strengths that these unicorns have in common. Firstly, as shown by Grab and Go-Jek they are not afraid to expand to new markets when necessary, even when there is fierce competition. Unlike in other parts of the world, they’re able to go up against US giants, as they understand the markets they operate in a lot better. Secondly, this is amplified by a move towards data analysis of consumer behaviours to maintain longevity. Unicorns are paying close attention to customer behaviour country-by-country and collecting data to make the customer experience better is paramount to maintaining relevance. Through the data, they collect unicorns increase engagement with their client base, through consumer-centric services and products. This ranges from the creation of Go-Pay and GrabPay for rewards to Lazada staging entertainment events and creating a live TV broadcast to whip up enthusiasm ahead of the big promotion day. Finally, as we’ve seen with Didi investing in a Brazilian-based company, to remain relevant unicorns must not be afraid to reinvest their hard-earned cash. In fact, in August 2018, we saw Indonesia’s unicorn trifecta Traveloka, Go-Jek and Tokopedia collectively investing in PasarPolis, a company founded in 2015 providing a platform that allows users to compare and purchase insurance policies.

Let’s take a look at some of the almost-unicorns emerging. Think of them as stallions carving out their niche in a fairytale land, before being crowned with unicorn status. Surprise surprise: there are two Indonesian-based stallions to keep a watchful eye on. Firstly, Cashcash is an app that recommends and distributes financial products has recently closed a multi-million dollar series A round. Another innovative Indonesian-headquartered company specialising in FinTech, Akulaku has raised a total of $120 million in over six rounds. Singapore-based, Airtrunk is another one to watch, a tech company powering and operating hyperscale data centres, Airtrunk has recently raised $618 million to expand Australian Data Centers and enter new markets in Asia.

We’ve seen who the key unicorns and stallions are and what they do, but there wouldn’t be any without a band of loyal and prolific unicorn hunters racing behind.

In terms of sheer cash burnt, a multinational investment holding conglomerate, Tencent Holdings and venture capital firm, Sequoia Capital China are the top unicorn hunters. Other notable investors include DST Global, Qiming Venture Partners, Softbank Group, Tiger Global Management, Alibaba Group, GGV Capital, Ant Financial, and China International to name a few. For a tech company, there are at least, three main advantages of being backed by one of these unicorn hunters: the possibility of selling out to them eventually, the establishment of a symbiotic relationship and, more importantly, the opportunity of tapping into huge ecosystems and customer bases.

But getting to that benchmark of one billion dollars, is not without its unique challenges. Despite the shift in a number of investments into innovative companies in Asia, the US still has the most unicorns in the world. The saving grace is that the US’s share has decreased by 7% since May 2017, as Asia has gained momentum. Another challenge is the amount of cash that needs to be burnt to create new services and products to remain relevant. For example, Beijing-headquartered bike-sharing unicorns Mobike and Ofo are estimated to be burning through an aggregate $75 million a month to battle each other for rides.

The opportunities far outweigh the challenges though, the main one being caught up with the US. However, with Asia’s continued creation of user-centric products and services it should not be long before the gap between the US and Asia closes. Unicorns in Asia are revolutionising everything from the way we move day-to-day, to the way we shop or the way we order food combined with investment with the same fervour and enthusiasm, it should not be long. In the coming year, not only can we expect to see more unicorns coming together to invest in mutually beneficial startups flourishing in the region, but also the stallions upgrading to well-earned unicorn status. 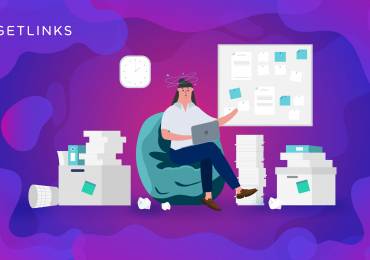 How do you know that you have to change your job?