Get the lowdown on Christopher Sands, Division Director of Pacific Lighthouse Partners, the San Francisco based FinTech company that bridges the gap between traditional banking and financial technology.

We caught up with Chris Sands in Bangkok during his 1-year globetrotting adventure. His journey to founding the Silicon Valley-based FinTech company Pacific Lighthouse Partners started when he moved to SF for business school in Golden Gate University, where he was recruited by a recruiter to work in a British recruitment conglomerate, Michael Page™ in 2013.

It was then that he witnessed the ‘Mobile Revolution’ in Silicon Valley when mobile apps transcended desktop sites. As IT/Finance Recruitment Consultant in Michael Page, Chris set foot in the entrepreneurial world of Financial Technology by launching a deployment platform for mobile apps.

While the company was dealing with recruiting personnel for a wide variety of departments, Chris found himself specialising in IT/Finance recruitment. This led him to discovering the hidden niche demand of a FinTech company that helps provide financial inclusion, allowing people to do banking seamlessly.

With Jeff Bezos of Amazon as role model, Chris and his former colleague founded Pacific Lighthouse Partners in 2015. This company helps financial businesses sort out compliances and legal placements, as well as specialising in conducting skill specific searches for their clients and helping relocate people to Silicon Valley today. 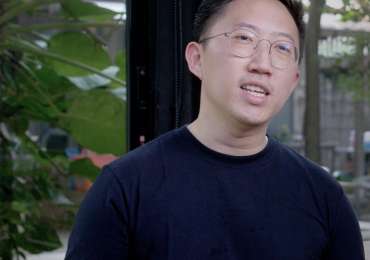 Humans of Technology — ”A Great Idea Can Win”